Inscriptions found on turtle bones and shells revealed that manual healing methods exist for over 3000 years in China, helping either babies and adults.

It is certain that manual techniques were used in different regions of China and that the numerous communication and trade during the long commercial history of China allowed exchanges and mixtures of techniques that have contributed to enriching the TUI NA until nowadays. 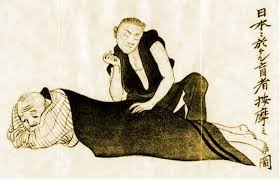 TUI NA dates back in the Shang dynasty, 1700 BC. Huangdi Nei Jing is the oldest canonical text of traditional Chinese medicine mentionning about An Mo.

Already practiced for the richest families, Courts from the time of the Three Kingdoms (220-280) Tui Na was introduced into the Imperial Medical University as a separate department under the      Tang Dynasty (618-907). 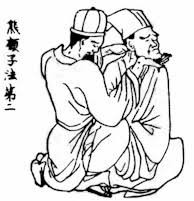 Many developments have enriched the applications for many disorders. The Emperor was the main beneficiary and had to remained clothed to receive the treatment while working.

Under the Ming dynasty (1368-1644) it is remarkable that a specific pediatric TUI NA was  developed then and is still practiced today. 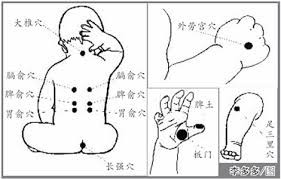 In 1912, at the fall of the Chinese Empire and take over by the Republican Revolution, the New Government instituted many reforms to modernize the country, introducing Western medicines. TUI NA was then suppressed with other Chinese cultural arts . A great number of writings disappeared but it was the popular layers who maintained the practice.

In 1949, with the advent of the People’s Republic of China, the TUI NA  was reintegrated with the other disciplines of Traditional Chinese Medicine.

Since 1974TUI NAeducation has been a separate but equal field of study in the main traditional Chinese Medical Universities. Doctors in TUI NA receive the same demanding training that lasts 5 years as acupuncturists and herbalists, and enjoy the same level of professional respect. 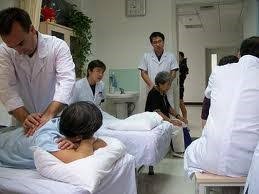 In the West,TUI NA is probably the least known branch of Traditional Chinese Medicine.