EMOTIONAL FREEDOM TECHINIQUE = EFT is a non-invasive technique; that means that no needles are used, as we do tapping on the points used in acupuncture along the meridians (“energy pathways”)  .

EFT is not as old as acupuncture but is the result of a long evolution of ancient methods allied to western medicine practices. Acupuncture has been developed to treat physical problems, EFT adds consideration to the emotional or psychological origin of a symptom.

Dr. George Goodheart, a well-known chiropractor in the United States, had developed KINESIOLOGY : a method of muscle testing to communicate with the body in order to obtain information on the direct relationship between muscle weakness and stress.(History of Kinesiology) 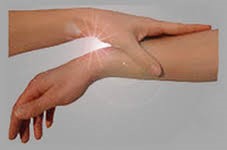 Goodheart had also studied acupuncture of traditional Chinese medicine in 1962 and found possibilities of combining promising techniques for his own practice. By replacing the insertion of the needles, by tapping or simple manual pressure on the points of acupuncture, he found that he could obtain the same beneficial results. This was a step forward that made this method derived from acupuncture accessible to many people, as it was not chilling and non-invasive. He developed a new method called Kinesiology Applied in 1964(History of Kinesiology). 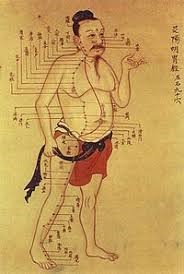 Based on Goodheart’s Applied Kinesiology, Diamond, MDD, an Australian psychiatrist created “Kinesiology Behavioral” in the early ’70s.  Diamonds added an interesting component using positive affirmations (self-declarations or positive thoughts) while the person stimulated some acupuncture points. This combination of techniques favored changes in emotional states as well as physical conditions.

In the early 1980s, Dr. Roger Callahan, an American psychologist specializing in anxiety disorders, practiced applied kinesiology and studied the meridian and acupuncture system in order to find better answers to some of the problems faced by his patients . He discovered that if a person focuses on a specific fear at the time she is tapping; This fear could be removed, even permanently

Based on his experimentation, he also found even a most effective tapping by using specific acupuncture points for different emotional problems. He named this method of treatment the “Thought Field Therapy” “TFT”). Despite its surprising effectiveness in many cases, in its clinical work, Callahan’s technique had some disadvantages: Muscle testing for the appropriate points to be used  had to be done by a professional muscle tester to it was not a self-help technique.

Gary Craig, had studied TFT intensively with Roger Callahan and was even one of his best students. In 1990, he started to use his own approach in a personal and individual way for self healing and created “EMOTIONAL FREEDOM TECHNIQUE” (EFT). He has been teaching EFT since 1998, continuing to work to refine and simplify the technique while maintaining positive and measurable results.

EFT is an evidence-based method, it continues to be tested and refined by many individuals and groups around the world, and many publications are developed in highly respected and peer-reviewed journals. 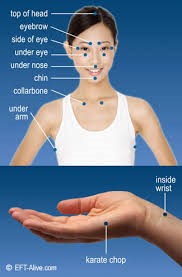 Today, several groups in the world have developed EFT and certification courses for those who wish to use the tool.

EFT and MRA( Matrix Reimprinting Academy) of Karl Dawson, represented by Caroline Rhodes of Body Group in Hong Kong is one of these recognized groups from which I obtained my training and certification as a practitioner.

EFT allows us to free ourselves from unwanted emotions and limiting ideas about our potential, it helps us to manage and improve many aspects of our lives and opens up new possibilities 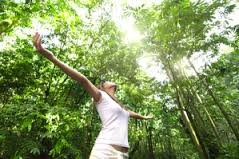 If you intend to do something important to bring about a change in your life … Do it now with EFT.